OPEC: between a rock and a hard place 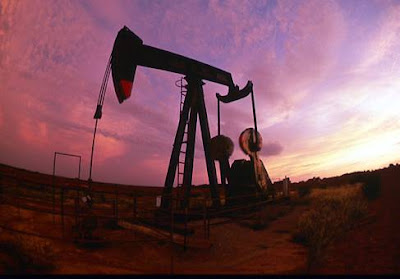 An interesting article on the current OPEC situation. It seems that members are between a rock and a hard place lately. The price of oil, as you probably are aware, is falling and this spells big problems for countries that rely on oil revenues for much of their growth. Check out the following from the article of today's Herald Tribune:

As the global economy continues to weaken, the Organization of the Petroleum Exporting Countries faces its toughest test in years. The problem for the oil exporters, who meet for an emergency session in Vienna on Friday, is to find a way to stop the price drop at a time when oil consumption is falling markedly in industrialized countries. Even the Chinese economy, long the biggest engine of growth for oil demand, seems to be cooling.

History suggests that OPEC will face a tough time propping up prices as oil consumption slows and the world teeters on the edge of a global recession, analysts said. Some experts warn that if the cartel took too much oil off the market, it could push prices up so much as to worsen the global economic crisis.

"OPEC's problem is they don't know how much demand is falling," said Jan Stuart, an energy economist at UBS. "So the risk they run is either they don't do enough, or they do too much. That's a tough choice."

And here, you find the classic problem facing cartel members:

The cartel, which controls 40 percent of the world's oil exports, has found it difficult in the past to get all its members to abide by production cuts. When prices fall, producers have an incentive to increase their output to maximize revenue, not stick with OPEC quotas.

Read the article here to find out more about the problems facing members and non-members as well as the possiblity of a commodity agreement (an export cartel a la OPEC) for natural gas producers!

Another must for all year 1 IB Economics students! Enjoy.
Posted by constantine ziogas at 9:58 AM