IMF: Back to Basics 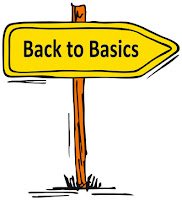 Was looking at the IMF Blog and I found a collection of all past Back to Basics short articles that aim at explaining fundamentals to students.  I've used several in the past and most are wicked good and fully compatible with the IB Econ Syllabus.

You can find these titles here.

Enjoy!
Posted by constantine ziogas at 7:57 PM No comments:

Great for IB students: Trade diversion in action and the role of macro aggregates on trade balances 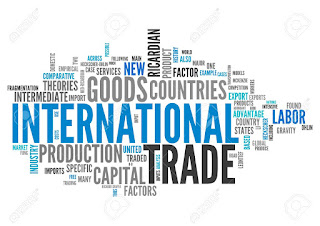 Just listened to a most useful and clear trade talk/podcast that focuses on KORUS, the Korea-US Free Trade Agreement that went into effect in 2012.  A University of California Davis professor explains in most simple terms concepts of international trade that all IB Econ students should be aware of.

Kadee Russ discusses the results of a 2019 paper she co-authored with Deborah L. Swenson to the hosts of Trade Talks, a podcast about the economics of trade and policy, Soumaya Keynes and Chad P. Bown.  It is a question and answer podcast that navigates us through real international trade patterns.

Listen in class to The Surprising Story of the US Trade Deficit with South Korea.  It is rewarding!

(the NBER working paper for the more ambitious can be found (free) here).

Posted by constantine ziogas at 3:19 PM No comments:


Despite the work I have editing a new book (writing it with a colleague who happens to be an ex-student (IB) of mine), I just cannot ignore the news, especially when a lot has been going on lately in the world.

What am I referring to?

Since I need to maintain focus on IB Economics, I will refer to an article in today's NYT titled One Crazy Day Showed How Political Chaos Threatens the World Economy What is of special interest to me and the course I teach are a couple of points made by Jerome Powell, Fed Chairman (the Fede is the Central Bank of the US) and by Mark Carney, the Governor of the Bank of England, about the limits of monetary policy.

This quote from the article refers to Jerome Powell:

Mr. Powell delivered a nuanced speech signaling the Fed was committed to a “risk management” approach, of adjusting policy to try to prevent bad things from happening. His words kept the Fed’s options open.

But he made clear that a breakdown of global trade relations was not the kind of thing that the Fed’s interest rate policies were well suited to addressing.

“While monetary policy is a powerful tool,” Mr. Powell said, “it cannot provide a settled rule book for international trade.” The central bank can only adjust policy to try to respond to the ways trade policy changes affect the overall outlook.  The implicit message: If erratic trade policy undermines the economy, the Fed’s tools are likely to have only limited ability to overcome the damage. Interest rate cuts in that situation would be like giving pain relievers to someone with a broken bone — better to have than not, but unable to solve the underlying problem.

And this one to Mark Carney:

Also speaking at the Jackson Hole symposium was the Bank of England governor, Mark Carney, who described a limited ability to use monetary policy to offset the damage from Britain’s potentially messy exit from the European Union this fall.

“In the end, monetary policy can only help smooth the adjustment to the major real shock that an abrupt no-deal Brexit would entail,” Mr. Carney said, and that ability would be constrained by the need to keep inflation under control.

Food for thought!
Posted by constantine ziogas at 4:11 PM No comments:

I assume that most probably, the new Economics Syllabus for first teaching in August 2020 and first assessment in May 2022, will be out very soon.

There are nine key concepts around which the course will be structured: scarcity, choice, efficiency, equity, economic well-being, sustainability, change, interdependence and intervention.  The initial decision to dump the theory of the firm and market structures thankfully does not seem to be the case as section 2.11, in the January 2019 updated syllabus outline, is on Market Power.

Since to teach market power, and to ensure that students do understand its meaning and  implications, the basics of the theory of the firm and of market structures are necessary, I assume that they will also be present in the new syllabus.  We'll see.

Otherwise, there is little in the latest outline to fully grasp the differences between the new and the current syllabus.

In the area of assessment, what makes me wonder a bit is where it is stated that in the 'new' Paper 3:

"students will work with new quantitative and qualitative data demonstrating a deeper understanding of a real-world issue scenario, using the theories, models, ideas and tools of economics and culminating in policy advice"

"Policy advice"!  I know a few governments (😜) that would need some good policy advice now! This new expectation is both interesting and will be a nightmare to mark (and to come up with an appropriate MS and provide guidance to examiners ).  We'll also see how this one works.

The last item that makes me a bit curious (I was initially going to use the word 'worried'...) refers to the Internal Assessment.  It states in the outline:

The 10 'key concepts' are in italics above.  First of all, I would assume that a commentary can 'use' more than one 'key concept'.  But I am not at all sure what exactly the verb 'use' means.  Most, if not all of these concepts permeate all of economics.  And, of course, the question is how can a teacher or a moderator judge whether (and to what extent) a commentary does indeed 'use' a key concept'?. We'll also see this one in practice.

A more general point.  I've been teaching for a long-long time Economics (IB for 25+ years) and I have a decent (terminal degree) background in pure Economics.  I have to admit that I am not so sure what much of the language used in curricula and other IB guides/documents really means.  I am afraid that the program has been hijacked by many who have basically a solid background in Education (but a minimal background in a discipline) and who are forcing fashionable concepts and terms without a clear knowledge of how exactly these apply to each discipline.  More like buzzwords...

PS: I had promised that I would maintain this blog last year (and, I am afraid the year before).  I didn't.  Let's see if I keep a new promise to maintain it this time.  The fact that real world examples are lately in such high demand by examiners and what's going on in the real world will be even more important when teaching the new syllabus, makes me hopeful that I will at least try harder this time around.  The goal is to facilitate both students and colleagues of IB Economics .  😁