On the history and shortcomings of GDP

A very interesting and useful article I found in Project Syndicate today.  The short article is titled Why GDP? and is written by Philipp Lepenies, a visiting professor of political science at the Free University of Berlin.

Given GDP’s seeming indispensability today, it may come as a surprise that until the 1930s national governments’ only aggregate statistical measurement of the economy was tax estimates. This all changed on October 29, 1929 – Black Tuesday.

Congress recognized the need for an aggregate statistical picture of the economy, but it didn’t know how to produce one. It turned to Simon Kuznets, a Soviet émigré economist and future Nobel laureate, who was asked to define and calculate what was then called “national income.”

The focus thus initially was on National Income (and its breakdown).  Kuznets found that incomes had shrunk by half compared to pre-Depression levels and 'raising national income and ensuring that people earned more became the top priority.'


...when the US entered World War II, the focus shifted. Next to the material production needs of the war effort, how much money people were taking home was no longer a pressing issue. Consequently, policymakers deliberately changed national income to gross national product, which merely showed the total dollar value of goods produced. National income and GNP were numerically identical – overall income generated is, by definition, equal to the value of goods produced. The crucial difference is that GNP doesn’t take into account how income is distributed.

And this hasn't changed.  Growth (increasing GDP through time) became...


...a universal goal for those in power because, by focusing on ever-expanding output, it avoids politics. As John Kenneth Galbraith pointed out in his 1958 book The Affluent Society, “… inequality has ceased to preoccupy men’s minds.” Enlarging the pie, the thinking went, meant everyone would get a bigger piece.

The full article can be found here.

(useful info for IB economics essay questions, given the Learning Outcome: 'Evaluate the use of national income statistics, including their use for making comparisons over time, their use for making comparisons between countries and their use for making conclusions about standards of living.'  For example, info from this article could be used in this (Specimen 2013) essay question: ‘Using real GDP data is a very useful means of comparing economic activity between countries.’ Discuss this statement.' Or, from this November 2015 question: 'Discuss the view that economic growth always raises living standards in a country.')
Posted by constantine ziogas at 1:29 PM No comments:

I've been doing this for quite a few years.  I collect past IB essay (P1) questions sorted by exam period and by syllabus section to help my students prepare for school and final (May) exams.  I have also been uploading this onto the OCC, the forum for IB teachers, for too many years to remember.

I have also just uploaded these files onto my Wiki space, available for downloading.

This is the link (check the bottom of the page): Past IB P1 HL and SL essay questions.

Posted by constantine ziogas at 4:40 PM No comments: 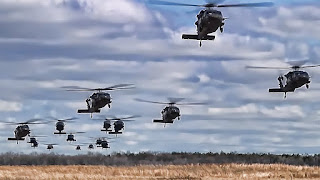 Posted by constantine ziogas at 10:16 PM No comments: