WHERE DOES YOUR MONEY GO?

http://www.blackgoldmovie.com/CoffeeCalculator
Posted by Κατερίνα at 7:18 PM No comments:

Paul Krugman on the World Economy

This is the Paul Krugman January 29 speech that I mentioned in class. We'll try to watch it in class but, to be on the safe side, here it is.

Mind you the site fora.tv is excellent and a tremendous resource to bookmark.

Posted by constantine ziogas at 7:27 PM No comments:

I found a 2007 article by Greg Mankiw on Pigovian taxes which may prove useful in evaluating solutions to negative production externalities. May (and November) exams (HL and SL P1) often include questions on such issues. You will find it here.
Posted by constantine ziogas at 7:07 PM No comments: 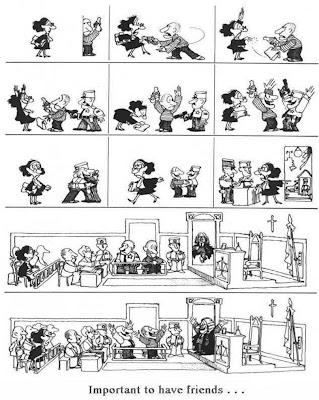 This was sent to me by my dear friend and classmate at school Sokratis K. and it does have a relationship with IB Economics and what we do in class as well as with what we all too often witness in Greek society.

Try to think what 'friends' really means in this context, what are these 'friendships' based on, what is implied about the institutional framework of a society, what is the connection with corruption and what are the short run and long run implications (say, for your kids...)

click on it to enlarge
Posted by constantine ziogas at 8:27 PM No comments:

From the New Yorker..

Once again, no relationship with IB Economics!

Just found it in the latest New Yorker online issue and found it pretty hilarious in its absurdity - thought to share it with you..
Posted by constantine ziogas at 8:22 PM No comments:

Fiscal stimulus: US vs. Japan

The Herald Tribune has today an interesting article on whether expansionary fiscal policy through increased government spending is or is not effective to pull an economy out of a severe recession (and, deflation).

The title is "Japan's big-works stimulus is lesson for U.S."

Easy reading that will help you with your background in long essays or data response questions on the effectiveness of demand side policies.
Posted by constantine ziogas at 10:28 AM No comments:

Just before I introduce you to the "non-ludicrous" part of my post, I must sincerely apologize to Mr. CHZ for posting something on top of his BEAUTIFUL and THOUGHTFUL post with the 99 red balloons (translated into days for the final IB Exams. Oh Jesus!)

Paul Krugman on how nations may be "damnified" by their expansion/growth:

In a famous 1958 paper my old teacher Jagdish Bhagwati described the conditions for “immiserizing growth” — a situation in which an expansion in an economy’s production, by driving down the price of its exports, actually reduces its real income. It was a classic demonstration that sometimes individually rational actions can make everyone (at least in one national economy) worse off — although I prefer the terminology of Edgeworth, who noticed the possibility more than a century ago, and talked of nations being “damnified” by their expansion.

I bring this up because the key feature of our current economy, I believe, is that we’re being damnified on multiple fronts.

The paradox of thrift is the best-known example: when everyone tries to save more in an economy in which interest rates are up against the zero bound, everyone’s income falls, and we’re worse off than before. The paradox of deleveraging has gotten currency, too: everyone tries to shrink their balance sheet, and the result is plunging asset prices, which leave everyone worse capitalized than before.

But there’s at least one more form of damnification that has me really worried: the paradox of deflation. An individual company or worker can preserve a business or a job by accepting a lower price; but when everyone does it, we get debt deflation — a rising real burden of debt, which weighs on the economy — and also start to have deflationary expectations built into lending and investment decisions, which further depresses the economy. And once you’re in a deflationary trap, it’s very hard to get out.

If you ask me, the really scary report today wasn’t the GDP release, although that was plenty bad, but the employment cost index, which shows wage gains falling off fast. Wages aren’t declining, yet (although stories of wage cuts in particular firms are, I believe, more common than at any time since the 1930s); and we don’t have actual deflation in consumer prices, yet; but we’re moving in that direction. And we’re only in the early stages of a slump that, in the words of the CBO director,

absent a change in fiscal policy, CBO projects that the shortfall in the nation’s output relative to potential levels will be the largest– in duration and depth– since the Depression of the 1930s.

This really should be the key point in the stimulus debate. Yes, the effects of fiscal policy are uncertain; yes, running up large debts is risky; but doing nothing is even riskier, because there’s a high probability that if we don’t act strongly deflation will get embedded in the economy. We may be damned if we do, but we’ll almost surely be damnified if we don’t.

Posted by Vasilis Chatziaslanis at 5:13 PM No comments: