Who benefits from ipods? 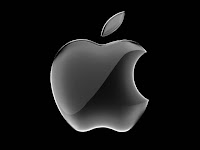 If you have one, you obviously do benefit, but that's the consumption side of the story. What about the production side? Your ipod was not manufactured in the US so, in terms of employment numbers, does the US benefit?

Greg Linden, Jason Dedrick and Kenneth Kraemer ... tally the number of jobs and wages associated with the production, development and distribution of all Apple iPods in 2006. Apple (an American company) invented the iPod, but they, and the intermediate goods they require, are mainly manufactured abroad. So other than enjoying more music, have Americans benefited from the creation of iPods?

The answer is yes. The authors found iPods employed 41,170 people worldwide. About 27,000 of those jobs went overseas, but most of those were the low-wage and low-skill jobs involved in production. Only 30 Americans had jobs involved in iPod production. But 13,890 jobs were created in the engineering or retail sector. These Americans earned $753m from iPods, while overeases employees earned $318m. Americans earned more because Apple kept the high-skill jobs (the R&D side) at home and sent its manufacturing abroad. But America's lower-skill workers also benefited, mainly in the retail, non-professional sector. These jobs earned American workers more than $220m.

This interesting discussion was found at "Free exchange", the blog maintained by the Economist magazine. Check it out here.
Posted by constantine ziogas at 7:18 PM