How close to its NRU is the US economy? 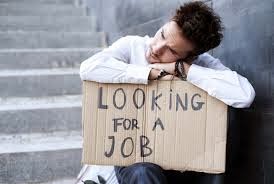 The latest unemployment figure for the US is out:  Unemployment dipped below 6% to 5.9% in September, the lowest recorded since July 2008.

This article from the BBC seems good for IB Economics purposes: US unemployment rate hit a six-year low in September.  It may help illustrate:

Quoting from this article:

The jobs figures are seen as a significant gauge of the health of the economy and there has been much debate over when US interest rates will rise.

The question is, why has this figure sparked debate over when US interest rates will rise?

An analyst is quoted in the article saying:

This is a reference to the size of the deflationary gap in the US right now or how much below potential output is equilibrium real output.  Stated symmetrically, it is also a reference on how close is the current 5.9% unemployment rate to the natural (normal) rate of unemployment of the country.

Interest rates may increase to slow down the increase in US AD (by discouraging borrowing by households and firms as well as by decreasing US NX since the higher (expected) interest rates will make US bonds more attractive to financial investors who will want to buy them, thus first buying US dollars and leading to an appreciation of the USD (which renders Abercrombie and Fitch shirts as well as Jeep Cherokees pricier abroad and BMWs more attractive inside the US market)

Quoting from the BBC article:


The US dollar was pushed higher as expectations rose that interest rates would go up sooner than previously predicted.


The Federal Reserve has indicated it will raise short term interest rates if the economy continues to grow.

It seems that analysts/markets/policymakers consider the 5.9% an indication that the US is reaching its potential level of real output/ its NRU and so any further increase in AD wil create inflationary pressure which policymakers would like to avoid.

The article though also notes that:

This is a clear reference to so-called 'discouraged workers'.  Two issues arise: first of all, the 5.9% is probably an underestimation of 'true' US unemployment (as many of these 100 000 job-seekers would probably gladly accept a job offer if it became available.  Second, the US NRU may thus be somewhat lower these days than the five point seven, eight or nine percent as a result of the changes in the structure of the US labor market.

Unfortunately, we know only after the fact that we were at the NRU as only if unemployment decreases below it will there be an acceleration of inflation.  And, each tenth of a percentage point of unemployment policymakers manage to shave - off, implies thousands of poor US households escaping poverty and misery.

Economics is indeed quite inexact.

In any case, this article (and many others on the same unemployment statistic) is useful for IB Economics candidates to draw real world examples and use in their paper 1 essays.
Posted by constantine ziogas at 1:26 PM