A primer on income inequality (including links to Emanuel Saez lectures) 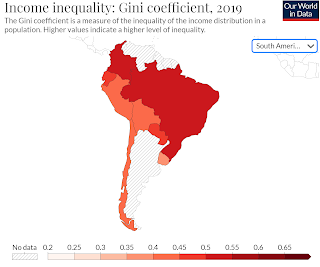 I would like to bring to the attention of IB Higher and Standard Level Economics students as well as colleagues an article by Max Roser and Esteban Ortiz-Ospina in Our World in Data with tons of useful information for all of us, titled Income Inequality

Most sections include data that can be used to incorporate in part (b), paper 1, essays that relate to income distribution.

Here we see that income concentration in the US and other other English-speaking countries follows a U-shaped long-term trend.  But...

...in equally rich European countries, as well as in Japan, the development is in fact quite different. The income share of the rich has decreased over many decades, and just like in the English-speaking countries, it reached a low point in the 1970s. In contrast to the English-speaking countries, however, top income shares have not returned to earlier high levels; they have instead remained flat or increased only modestly. The evolution of top income inequality followed an L-shape here. Income inequality in Europe and Japan is much lower today than it was at the beginning of the 20th century. 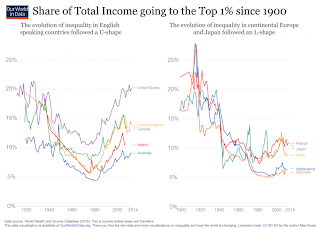 On the 'U- shaped path of income concentration in the US it is also worth watching a 6 minutes Stanford University video featuring Emanuel Saez of Berkeley, one of the most important researchers of income inequality. In this short video, he provides excellent data and visuals on the fall and subsequent rise in income inequality in the US over the past 100 years.  It can be found here: The Takeoff in Income Inequality: Emmanuel Saez.

A longer (16 minutes, Berkeley lecture - teach-in) version can be found here (I show it to my HL class every year): Economic Inequality Teach In: Emmanuel Saez .

Back now to the 'Our World in Data: Income Inequality' article by Roser and Ortiz-Ospina.  The following are also sections that are all worth exploring:

In my opinion, income inequality (as well as wealth inequality and inequality of opportunity) topics are a must for a well prepared IB Economics candidate.  Hopefully the above can provide some useful background information that will help students prepare for May & November exams.

Rising inequality in our world is of course way more important than exam preparation...

Posted by constantine ziogas at 8:15 PM No comments:

I have been planning to upload a post about an excellent article published by Chatham House since early October (and it is the end of November..,).  No excuses, just apologies. 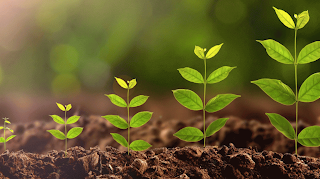 The article seems dated (it focuses on Truss' 'mini budget'...) but in reality it is not at all.  It is excellent  for IB Economics students (both HL and SL).  It is why growth, the size of the pie, may not matter as much as the distribution of the pie and why focusing on growth rates may divert our attention from other more important metrics of our collective well-being and may be terribly misleading.

This paragraph is revealing:

Looking at GDP growth alone, a highly unequal society, which is polluting and depleting its natural assets can – at least in the short-term – appear a success story. In fact, once GDP growth is accepted as a good thing in itself, it can be used to support other political agendas and interests. Faith in the ‘rising tide lifts all boats’ theory of growth can sugar-coat policies that marginalize other important elements of economic health such as fairness and resilience to shocks.

This short article is packed with links.  Many of these will help students increase the stock of real world examples they need to effectively discuss or evaluate in Paper 1, part (b), essays.  All these links of course will help them appreciate the importance of this course no matter what they plan to study later in college. One of the most interesting links directed me to the Wellbeing Economy Governments site.

The article is titled  'Why it is time to change the narrative around growth' and can be found here.

Posted by constantine ziogas at 7:22 PM No comments: