The End of Magic Money 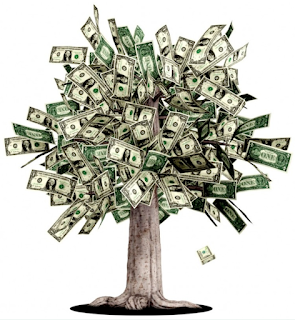 In the July 2022 issue of Foreign Affairs there is an interesting article titled "The End of Magic Money: Inflation And The Future Of Economic Stimulus". In it the author explains how, "under the right conditions, magic money can undoubtedly be deployed successfully" and how US policymakers were successful in dealing with the 2008 financial crisis and how the first response to Covid-19 was also impressive.

"The pandemic caused U.S. GDP to collapse in the second quarter of 2020: output shrank at an annualized rate of 32 percent. This fall was four times deeper than the hit from the financial crisis in the fourth quarter of 2008; indeed, it was the sharpest ever contraction in the post–World War II period. The Fed responded aggressively, creating twice as much money as it had from 2008 to 2009. Likewise, the president and Congress delivered a budget stimulus that was twice as big as the 2009 version."

This 'mega-stimulus' worked perfectly as the economy 'bounced back' to pre-pandemic levels 'with no sign of inflation' writing that "If the authorities had been able to stop there, they would have pulled off a textbook example of macroeconomic stabilization".

According to the author, Sebastian Mallaby, "Starting in the spring and summer of 2021, the Fed committed three mistakes, opening the door to today’s price surge".  As a result of the March 2021 $1.9 trillion fiscal stimulus, Brookings forecast that by the end of 2021 the US economy 'would be operating above its maximum sustainable level'. All IB economics students should precisely understand what exactly this implies.  That was the first error according to Mallaby. The Fed did not tighten at that point, preferring to take a 'wait-and-see approach (which is understandable, given the uncertainty faced at that point).  For many it should have 'hiked interest rates, snuffing out the inflation before it became serious'.  Back then many academics claimed (most notably Krugman) that the rise in inflation was 'transitory' (see my earlier post on the debate between 'team transitory' and 'time persistent'; the Summers-Krugman debate, where Laurence Summers proved right: A primer on inflation).

Then Mallaby goes on to explain the second error the Fed made.  in March 2022 it increased interest rates by only 25 basis points (0.25%), the smallest possible increase. Why? According to Mallaby it was because the Fed is "attached to 'forward-guidance', the practice of signaling interest-rate moves well ahead of implementing them". He calls this the 'speak-wait-act triple jump approach' which may be useful is inflation is too low (the ZLB problem monetary policy faces; you can check if you wish the Oxford IB Economics Study Guide volume on this: pages 98, 118, 122-123, 131, 140-142) but is not useful when the central bank faces the 'opposite challenge of high inflation'. Sometimes 'speed is the priority' when dealing with inflationary pressures arising.

The third error relates to the fear that a sizable increase in interest rates would spook financial markets.  'Calling market tops is hard, and the Fed's caution is understandable'. But 'asset prices were screaming that the economy was running hot'.  According to Mallaby again, the Fed should have 'factored financial signals into its decisions' and tightened earlier.

The circumstances are such that 'magic money...for the foreseeable future is off the table'. Achieving price stability (the 2% average that Neel Kashkari of the Minneapolis Fed  reiterated in the Roundtable - see my post) is of paramount importance and this will perhaps be more difficult now because 'globalization has stalled' and many many economies are 'stockpiling strategic commodities and "friend-shoring" supplies which is inflationary.

The article IMO is excellent for IB Economics students as it provides them with examples of macroeconomic policies that helps their understanding and can be used in Paper 1 essays.

This is the link: The End of Magic Money Worth your time.

(if not a Foreign Affairs subscriber you can enter your email and they'll send a paywall-free link directly to your inbox).

Posted by constantine ziogas at 5:03 PM