On the role of the government, trust and legitimacy 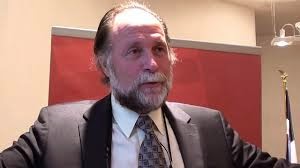 A very clear exposition of the role of government by Prof. Hausmann and what the focus should be in many countries (including my own):

Ronald Reagan’s dictum: “Government is not the solution to our problems; government is the problem"...is a great sound bite: short, recursive, and somewhat poetic.

Unfortunately, it is also dangerously misleading. After all, even if government were the problem, then changing what it does must be part of the solution.

The truth is that markets cannot exist without governments, and vice versa. Governments are essential to the establishment of security, justice, property rights, and contract enforcement, all of which are essential to a market economy.

Governments must also organize the provision of infrastructure for transportation, communication, energy, water, and waste disposal. They run and regulate health-care systems and primary, secondary, tertiary, and vocational education. They create the rules and provide the certifications that allow firms to assure their customers, workers, and neighbors that what they do is safe. They protect creditors and minority shareholders from miscreant managers (and managers from impulsive creditors).


The problem is that in many countries, both developed and developing, the current relationship between the private sector and the government is often dysfunctional. Not only is it characterized by deep distrust, but the broader society does not find a closer relationship to be either legitimate or in the public interest, and for good reason.

The private sector often engages with the government in order to make itself more profitable. After all, maximizing profits is what CEOs are supposed to do. And the government has ways to help: It can force suppliers to sell their inputs more cheaply, repress workers’ wage demands, protect the final market from competition by imports or new entrants, or lower their taxes.

But these schemes make firms more profitable by making their suppliers, workers, and customers poorer. Accepting such demands makes the government rightly illegitimate in the eyes of the rest of society, which cherishes higher priorities than redistribution in favor of the already rich.


Outcomes would be very different if the focus of the relationship were productivity rather than profitability. Productivity improvements, by lowering costs, allow firms to pay their workers and suppliers better, reduce prices for consumers, pay more in taxes, and still make more money for their shareholders. A focus on productivity is win-win-win.

All of these productivity-boosting inputs require institutions that teach and extend industry-relevant knowledge and skills.

I think I'm quoting the whole article...
Why don't you just read it (and, if you are an IB economics candidate, take down some notes...):