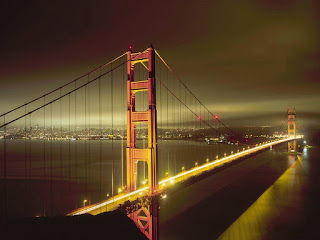 When in a macro question you are asked to evaluate expansionary fiscal policy (deficit spending) it is expected that you include in your discussion the 'crowding-out' effect argument: the increased government spending is ineffective because private investment will decrease (will be crowded out) as higher borrowing by the government to finance these additional expenditures will increase interests rates.

Paul Krugman has an absolutely excellent piece on why the validity of this argument depends a lot on the specifics of the overall macroeconomic picture in which a government decides to use the Keynesian recipe to jump start the economy:

Right now there’s intense debate about how aggressive the United States government should be in its attempts to turn the economy around. Many economists, myself included, are calling for a very large fiscal expansion to keep the economy from going into free fall. Others, however, worry about the burden that large budget deficits will place on future generations.

But the deficit worriers have it all wrong. Under current conditions, there’s no trade-off between what’s good in the short run and what’s good for the long run; strong fiscal expansion would actually enhance the economy’s long-run prospects.

The claim that budget deficits make the economy poorer in the long run is based on the belief that government borrowing “crowds out” private investment — that the government, by issuing lots of debt, drives up interest rates, which makes businesses unwilling to spend on new plant and equipment, and that this in turn reduces the economy’s long-run rate of growth. Under normal circumstances there’s a lot to this argument.

But circumstances right now are anything but normal. Consider what would happen next year if the Obama administration gave in to the deficit hawks and scaled back its fiscal plans.

Would this lead to lower interest rates? It certainly wouldn’t lead to a reduction in short-term interest rates, which are more or less controlled by the Federal Reserve. The Fed is already keeping those rates as low as it can — virtually at zero — and won’t change that policy unless it sees signs that the economy is threatening to overheat. And that doesn’t seem like a realistic prospect any time soon.

What about longer-term rates? These rates, which are already at a half-century low, mainly reflect expected future short-term rates. Fiscal austerity could push them even lower — but only by creating expectations that the economy would remain deeply depressed for a long time, which would reduce, not increase, private investment.

One more thing: Fiscal expansion will be even better for America’s future if a large part of the expansion takes the form of public investment — of building roads, repairing bridges and developing new technologies, all of which make the nation richer in the long run.


The full article is here.
Posted by constantine ziogas at 10:47 AM