The article I came across this morning is 'The 10 Most Air-Polluted Cities in the World' is found here.

'...The most polluted cities tend to be found in developing countries. No surprise there—poorer countries tend to have dirtier cars, factories and power plants, and rarely have or enforce the kind of environmental regulations that have—over the course of decades—become common in the developed world. But what’s interesting is that the urban areas with the worst air aren’t the sort of Dickensian megacities one usually hears about: Beijing, Chongqing, Bangkok, Mexico City. The losers are smaller cities, many of them in Iran or South Asia, and none of them economic dynamos.
What do these cities all have in common, aside from the fact they’re not likely to show up on a travel agent’s? For the most part, they’re fairly poor—though the presence of a city from the African nation of Botswana on the list, where the per-capita income is over $8,000, shows that even middle-income countries can suffer from grievous air pollution. Residents often burn heavy, polluting fuel for heat and energy—including firewood or even dung, which can produce heavy, thick smoke. Add in old, diesel-powered cars that belch black carbon and growing population density in urban slums—plus weather conditions like Ulan Bator’s extreme cold, which worsens air pollution—and you have an ugly mess.'

Interesting reading for negative externalities, sustainability, common pool resources as well as the distincion between the 'pollution of affluence' and the 'pollution of poverty' (see the Tragakes Economics for the IB Diploma (second edition) textbook, p. 123) 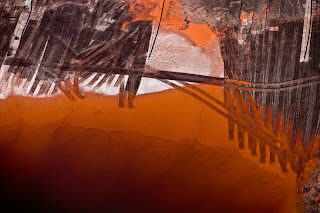